A silk route through Africa (1) 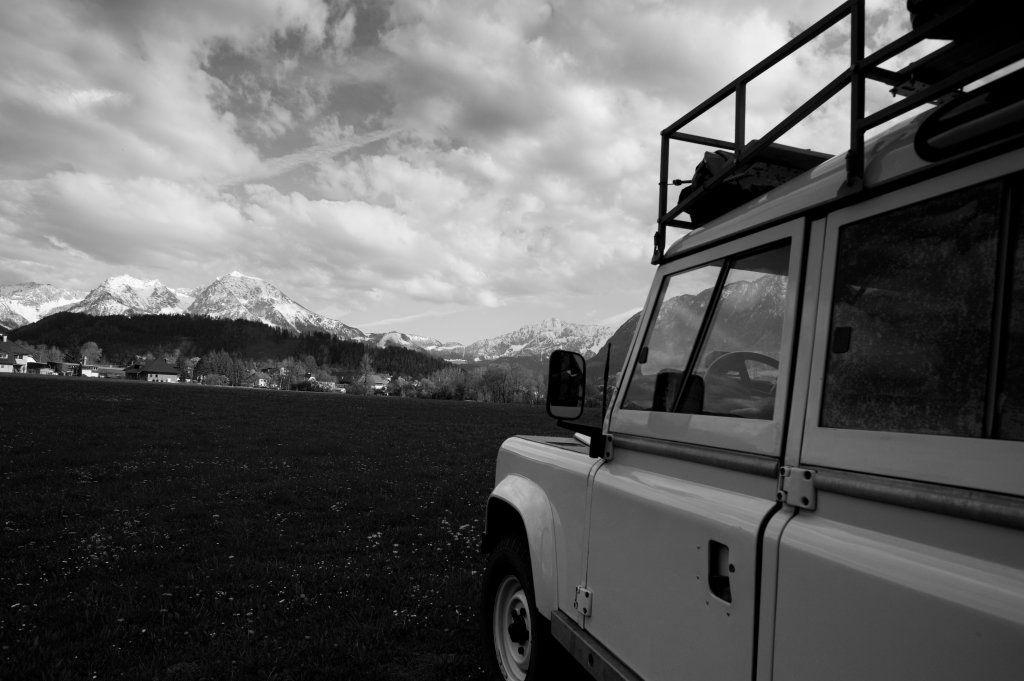 The Edna diaries: "A silk route through Africa"

Ever since I was a child, I have had this dream about growing up to go out and explore the African continent, preferably in a vehicle that -at least in my mind- would be the most suitable: a Land Rover. Stories about Henry Morton Stanley, David Livingstone, television programs such as “Daktari” and later books of explorers such as Dr. Paul Julien (“Campfires along the Equator”) formed endlessly mesmerizing sources of inspiration. But as the years progressed I learned, as probably most of us do, that if the “growing up” part of life isn’t already challenging sometimes, the realization of dreams more often than not just seems impossible.

Yes, I did grow up and as the CEO of a successful international company was able to travel the world throughout all the continents, a profession that allowed me to further develop another passion: Photography. Often when visiting clients or relations I would take my camera to portray the people I met. At first my contacts would react a bit shy but since this approach helped to break the ice, after a while they would become excited and were more than willing to cooperate. Having lived in Taiwan for a few years, I developed a fascination for China and for the Chinese language. This immensely diverse country had so many facets and was developing so fast that coming back to Europe I sometimes became bored with the slow pace in which things seemed to develop here.Then, in 2013 by chance I met an acquaintance who actually owned a Land Rover Defender. We started talking about his hobby and within moments the old dream I had once had as a child came back to life. And so, after a short while I bought a 1984 Land Rover 110 Defender which at first was not much more than a pile of rust and aluminum, ready for a one way ticket to the steel mill.

“Edna” as we baptized her (after Dame Edna Everage) was restored to her old glory, or should I perhaps say her new glory.
The first of the many adventures she took my son Jules and me on turned out to be one big test ride down to Morocco. For Jules it was also a ‘rite de passage’ to his academic education. Sure, the grand old lady did come up with a few surprises but thanks to this also brought us into contact with all walks of life in this beautiful country.
Later, she took my eldest son Daniël and I to Rumania where again we became part of incredible stories that just would not fit in this short introduction.

At the beginning of 2016 I decided that for me it was time to move on, leave my job as CEO and at last to start living the old dream I had been nourishing for such a long time. The original plan was to ‘just’ drive down to South Africa with Edna but then –partly due to timing issues- slowly this plan started to develop into a new idea. Why not combine this with my fascination for South East Asia and China in particular? Why not include parts of the silk route in this –already challenging- project? And so I started working on the modification of the Land Rover in order to make her technically suitable for such a long and demanding journey. The suspension was modified to allow for the expected rough off road driving and the interior was rebuilt to make an extended ‘life on the road’ feasible. Also, in view of the limited availability of diesel in some countries and taking account of long hauls through scarcely populated regions a 40 Liter auxiliary tank was built in. Various engine parts were replaced and through time I learned to become intimately familiar with all the peculiarities of this old English design. Finally I added a roof tent which would allow me to quickly set up base and enjoy the scenery from my “penthouse bedroom”. The plan now is indeed to drive –starting April 30th, 2017- through former Yugoslavia, Greece, Turkey, Azerbaijan, crossing the Caspian sea to Kazakhstan continuing through Kirgizstan into China and with final destination Shanghai. In Zagreb, Croatia my wife will join me with her friend until we reach Istanbul from which they both will fly back home. In Isfahan, Iran I will pick up my oldest son Daniël who will drive with me all the way to Kirgizstan. After seeing him off in the capital Bishkek I will continue into China to pick up my youngest son Jules. From Shanghai the plan is - depending on how things progress- to ship Edna to either Rotterdam or Djibouti. In case Djibouti is the next stop, Edna and I (and anyone else that comes along) will drive down to Cape Town…. To be continued

Ard van Gerdijk was born in Brisbane, Australia and now lives in the Netherlands.